The Whale Tail - Making new from old - step by step 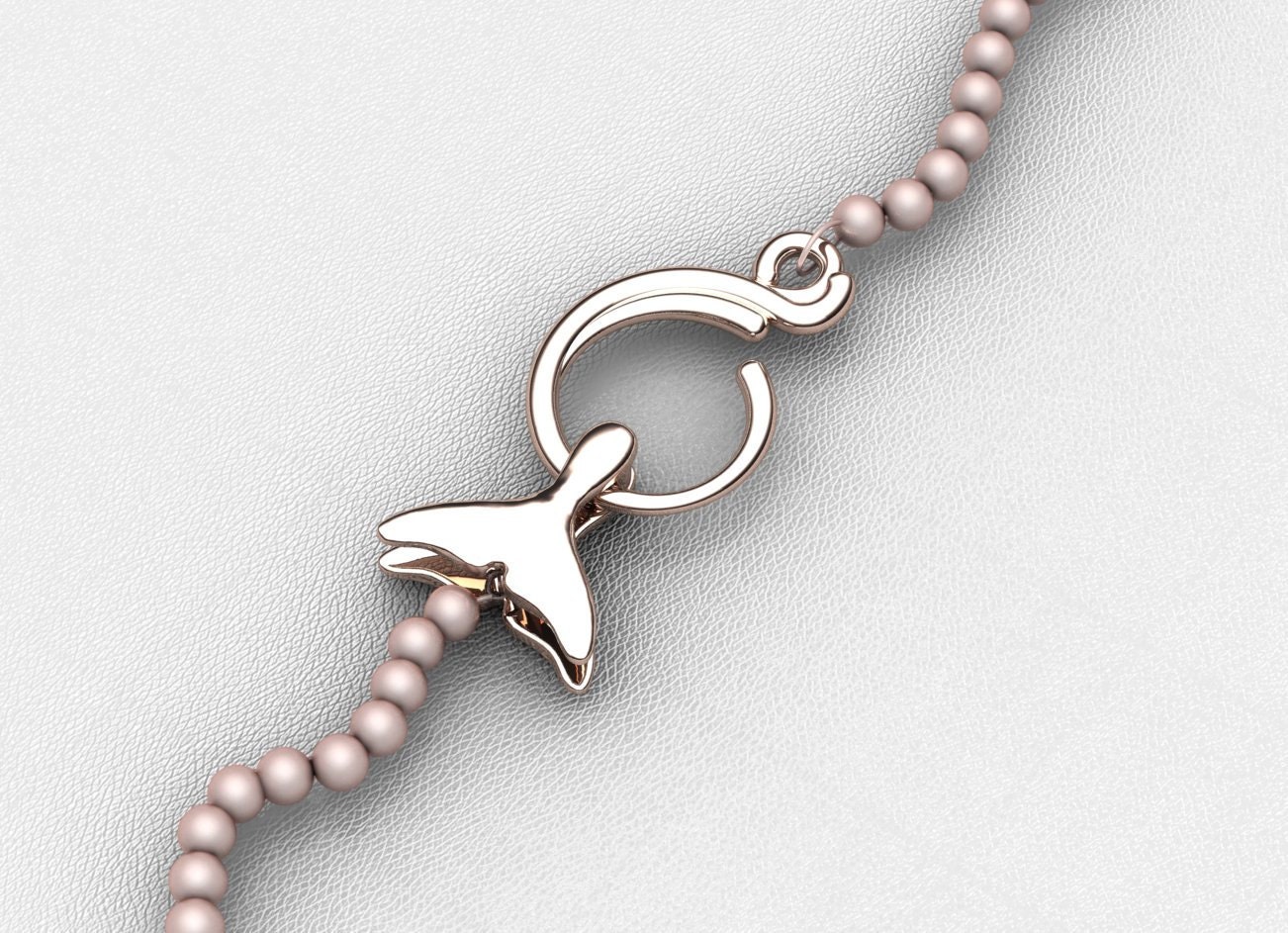 I created a clasp several years ago that I liked but there was something about it I didn't like. It flipped when worn and when it did, it showed the back of the clasp which was not attractive. One night I was half asleep and I thought. Whati if I made it two sided so that it didn't matter which side it was on.

This was the original clasp from years ago. 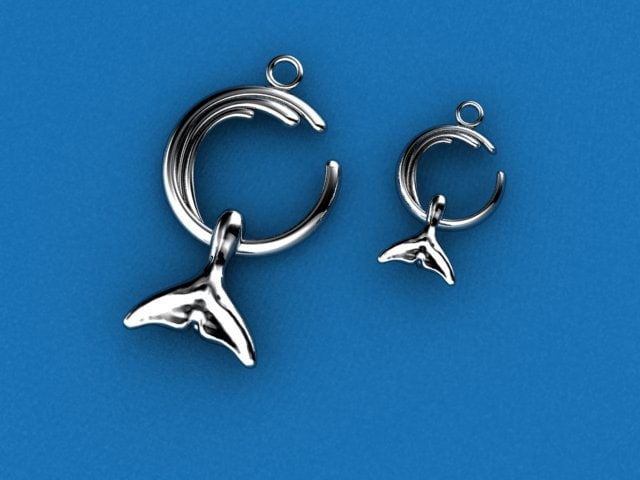 It actually came in two sizes. The smaller version was not used much.

How to make it two sided. Well, we needed to take the wave portion and round it out on both sides. Easy enough. I wanted to change the shape to make it a little more secure. How to make the whale tail two sided without making it so thick it weighed a ton. I split the 3d whale tail horizontally and separated the two sides.

The technical picture looked like this. On the screen I would move the two pieces to make sure they would separate and join easily. 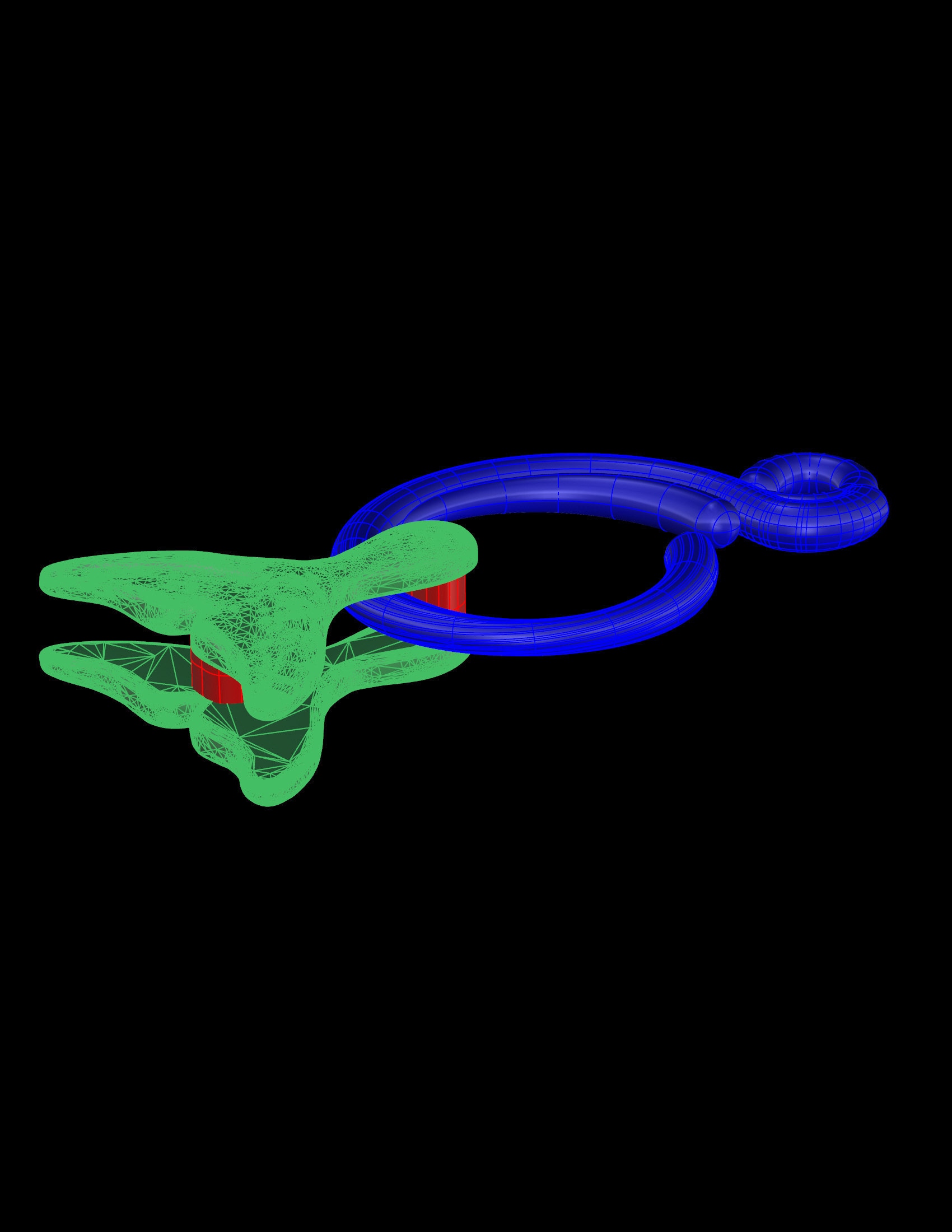 After testing the two pieces on the screen I located where the logo should go. 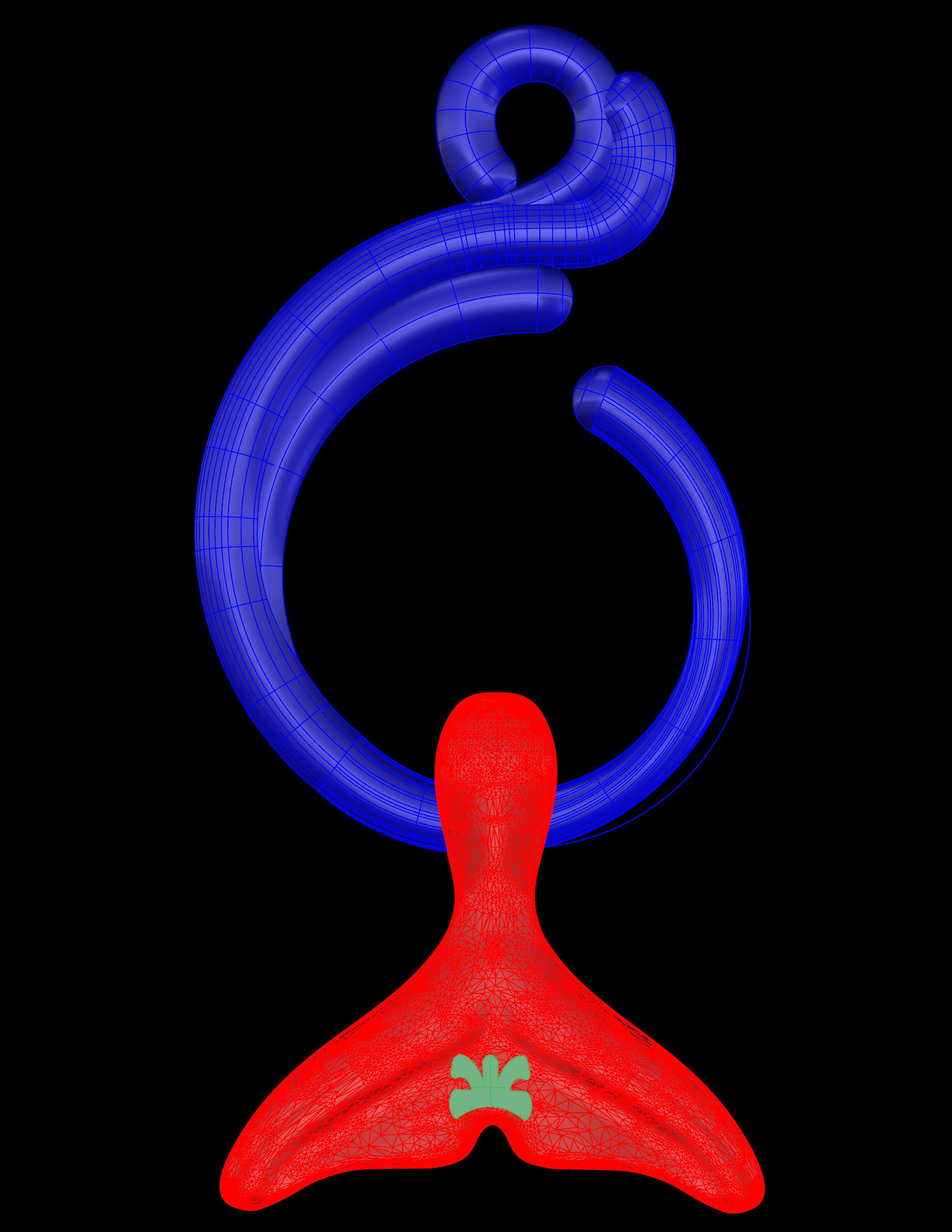 The next step is to email the file I have created on my computer which contains a virtual piece with length, width, depth to the person who I have used to create my waxes for over 10 years. He has several hundred thousand dollars invested in equipment that either creates waxes/resins one layer at a time or carves them using water and air. In a week or so I get the wax in the mail so that I can verify that the piece does work in the real world.

In a few weeks we will have the real piece attached to a piece of jewelry. 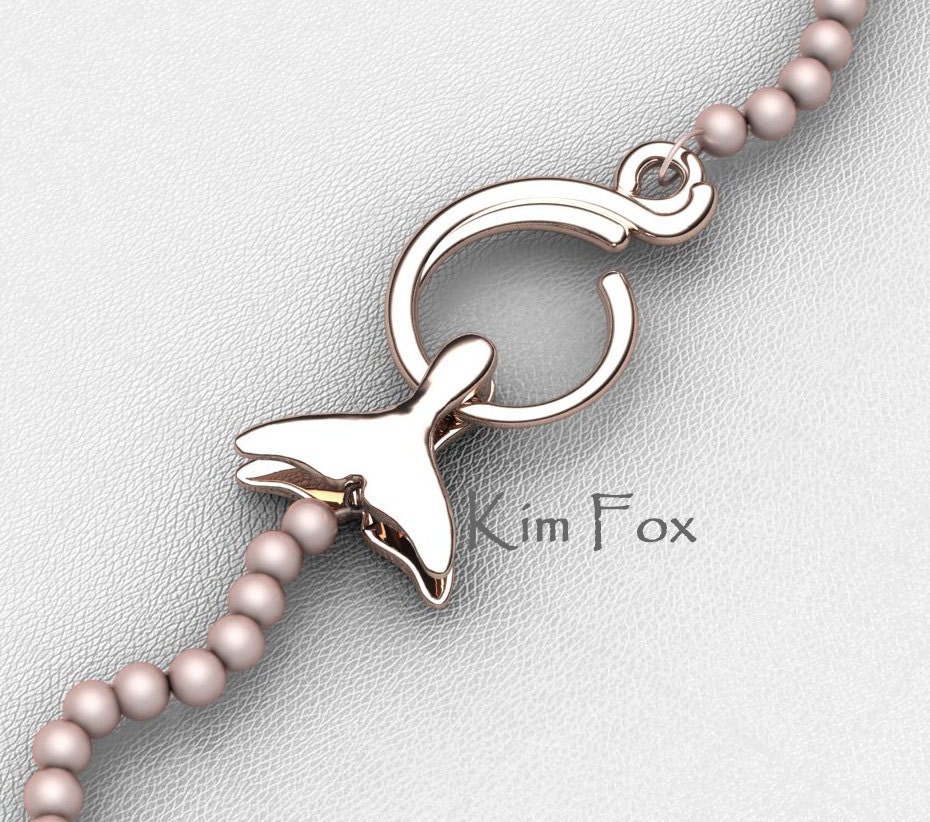