Removing Cones and Clasp without Damage 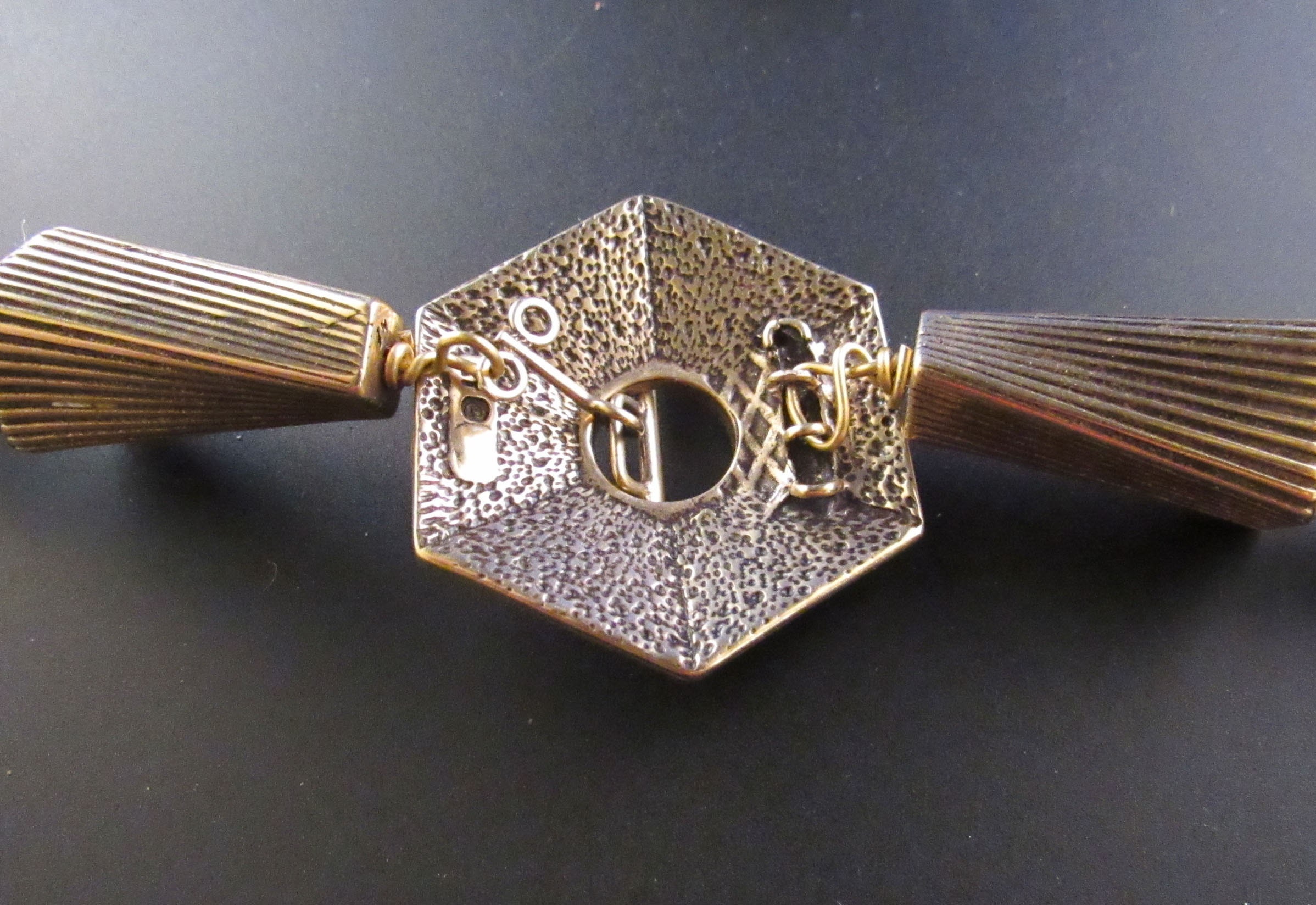 When you use glue to attach cones or a clasp to a piece of jewelry many times the connection is permanent To remove the findings when glued can involve chemicals, cutting of the piece of jewelry or force which can damage.

Almost all of components use wire or some sort of cord as a connector so that you can add or remove a clasp and cones in less than a few minutes without damage to the piece of jewelry. 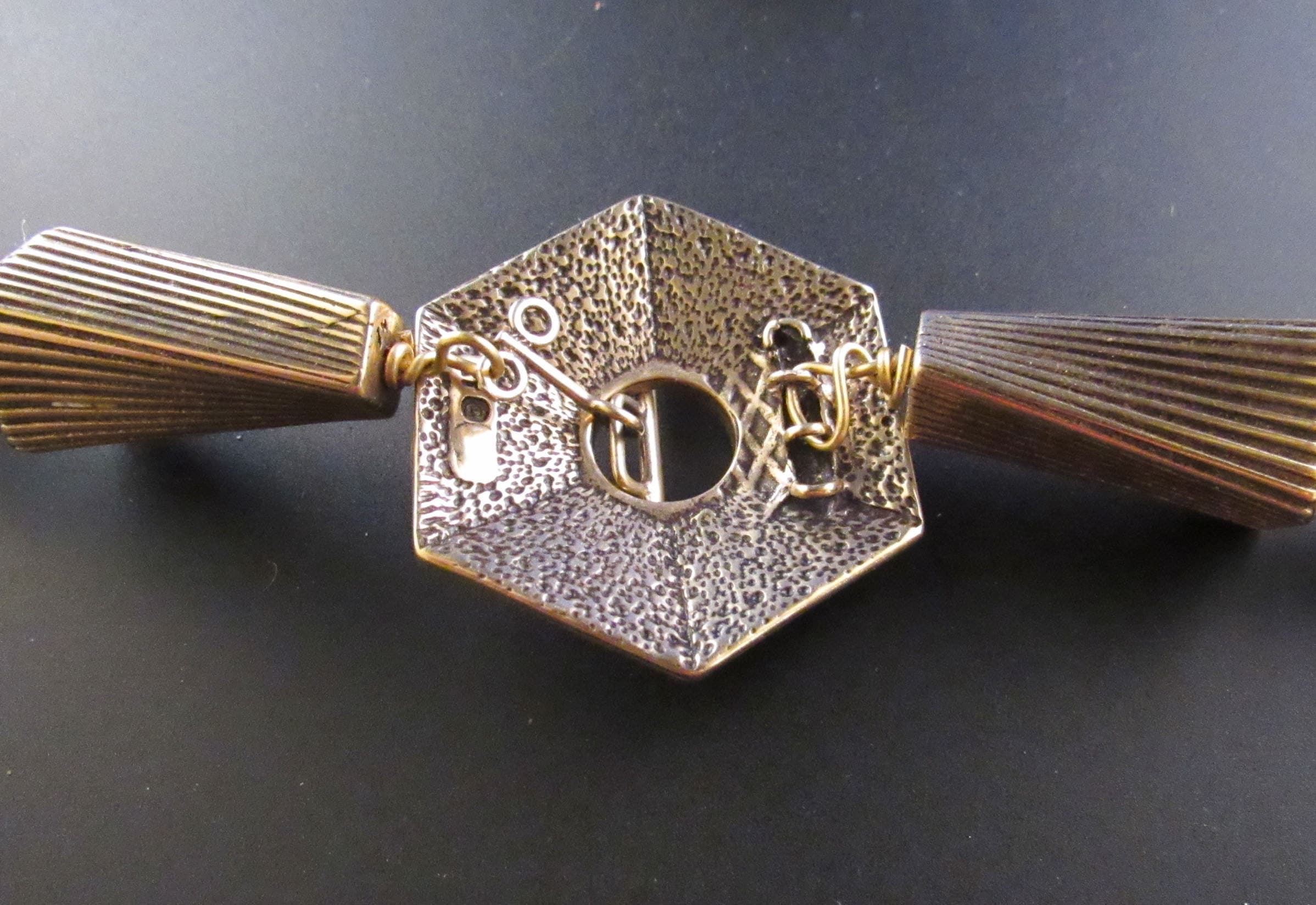 In this picture you can see the wire emerging from the cone and connecting to the clasp. 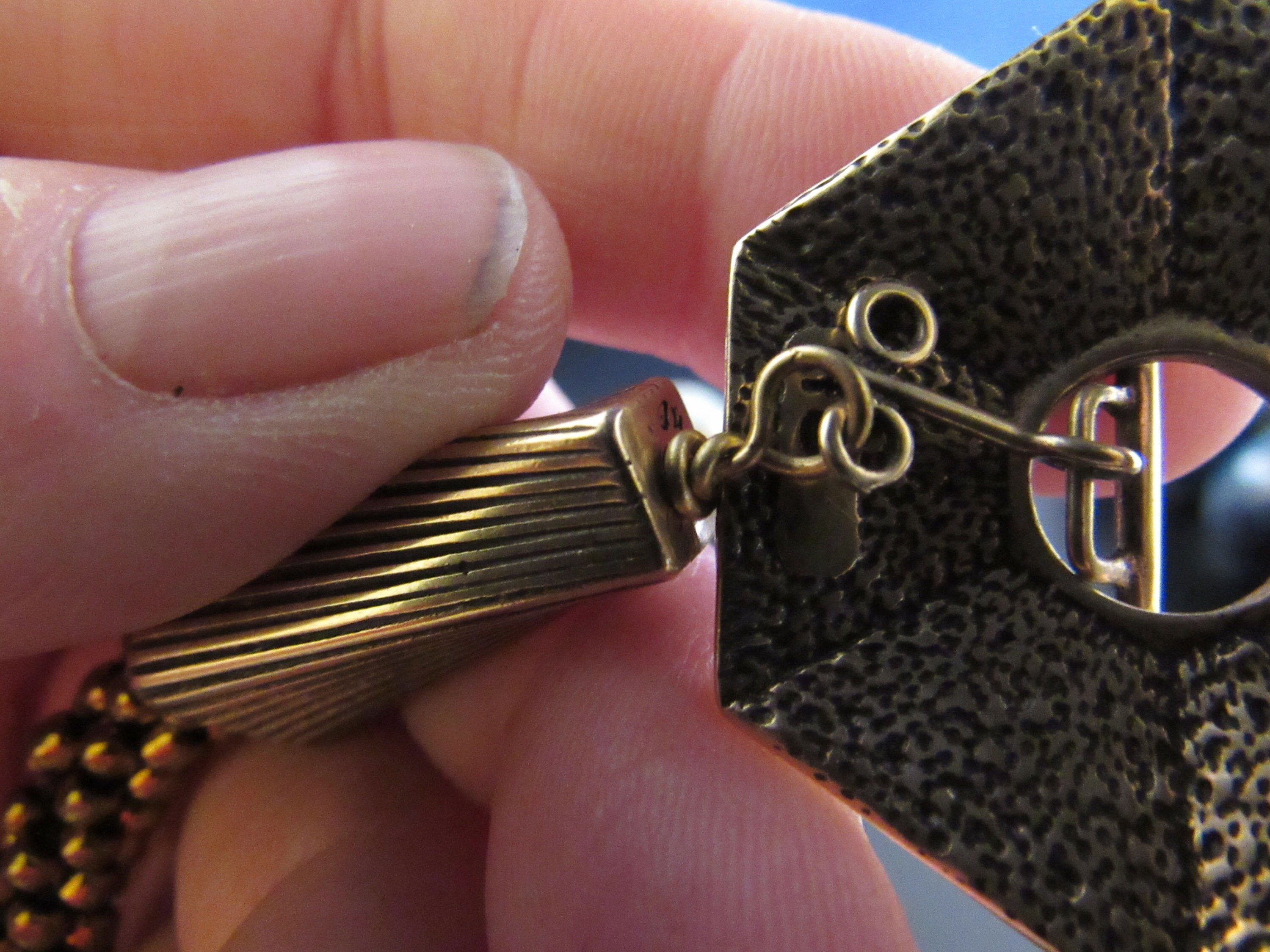 This closeup show the simple loop and wrap that secures the necklace to the clasp. 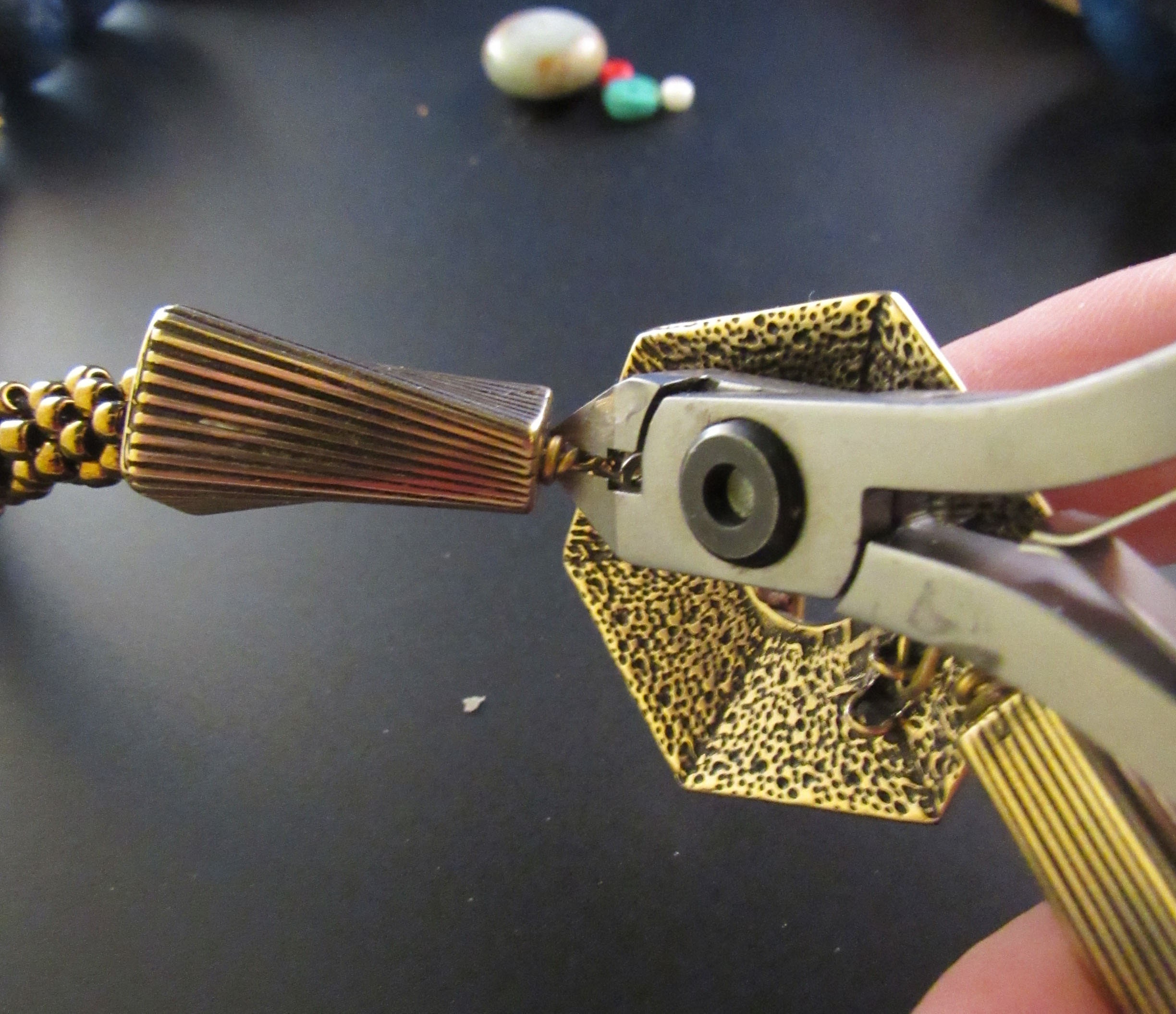 Wire cutters are used to separate the clasp from the necklace - a second clip will all the cone to be separated. 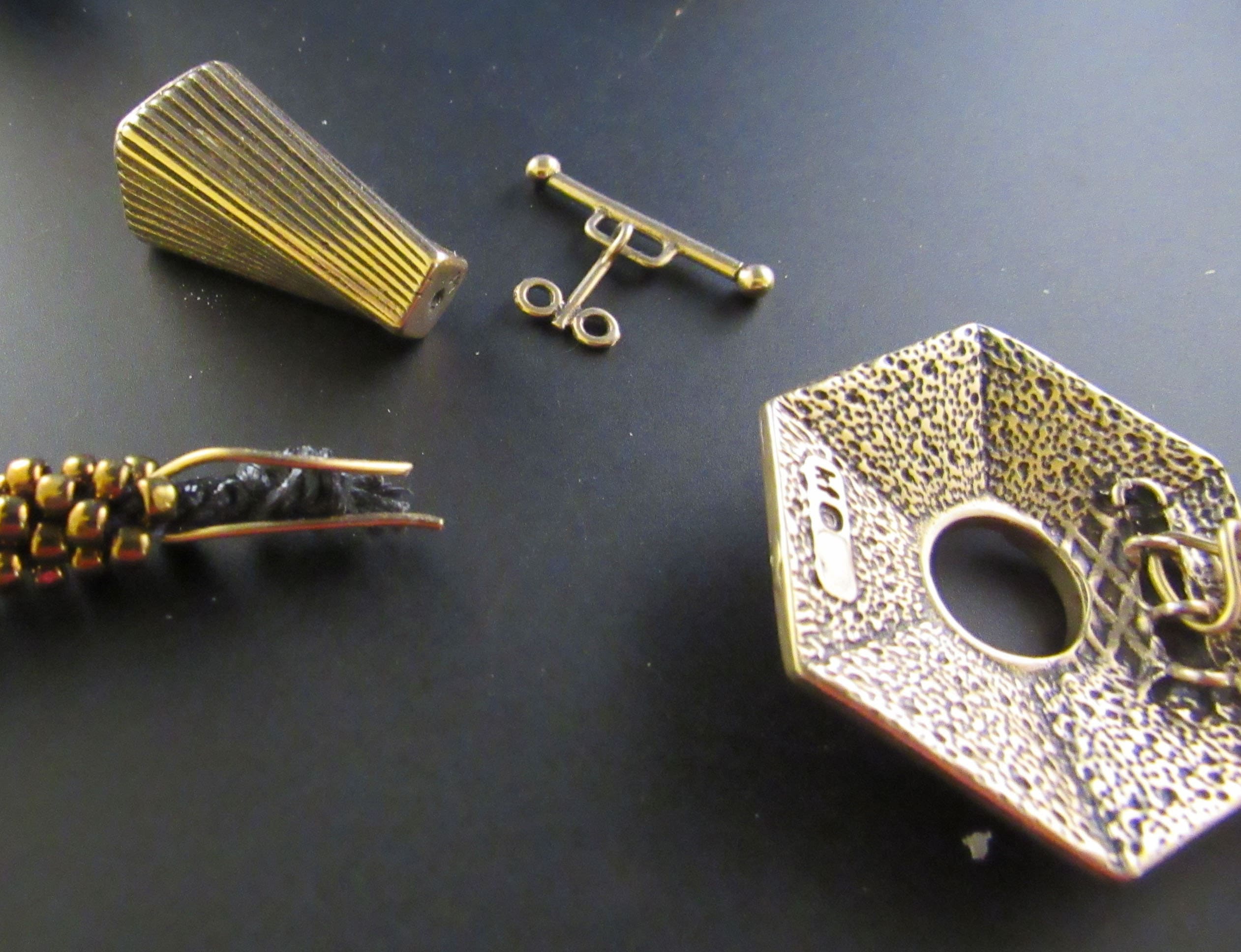 The clasp is separated on one side - wire is still running through the end of the necklace and will be easily removed. 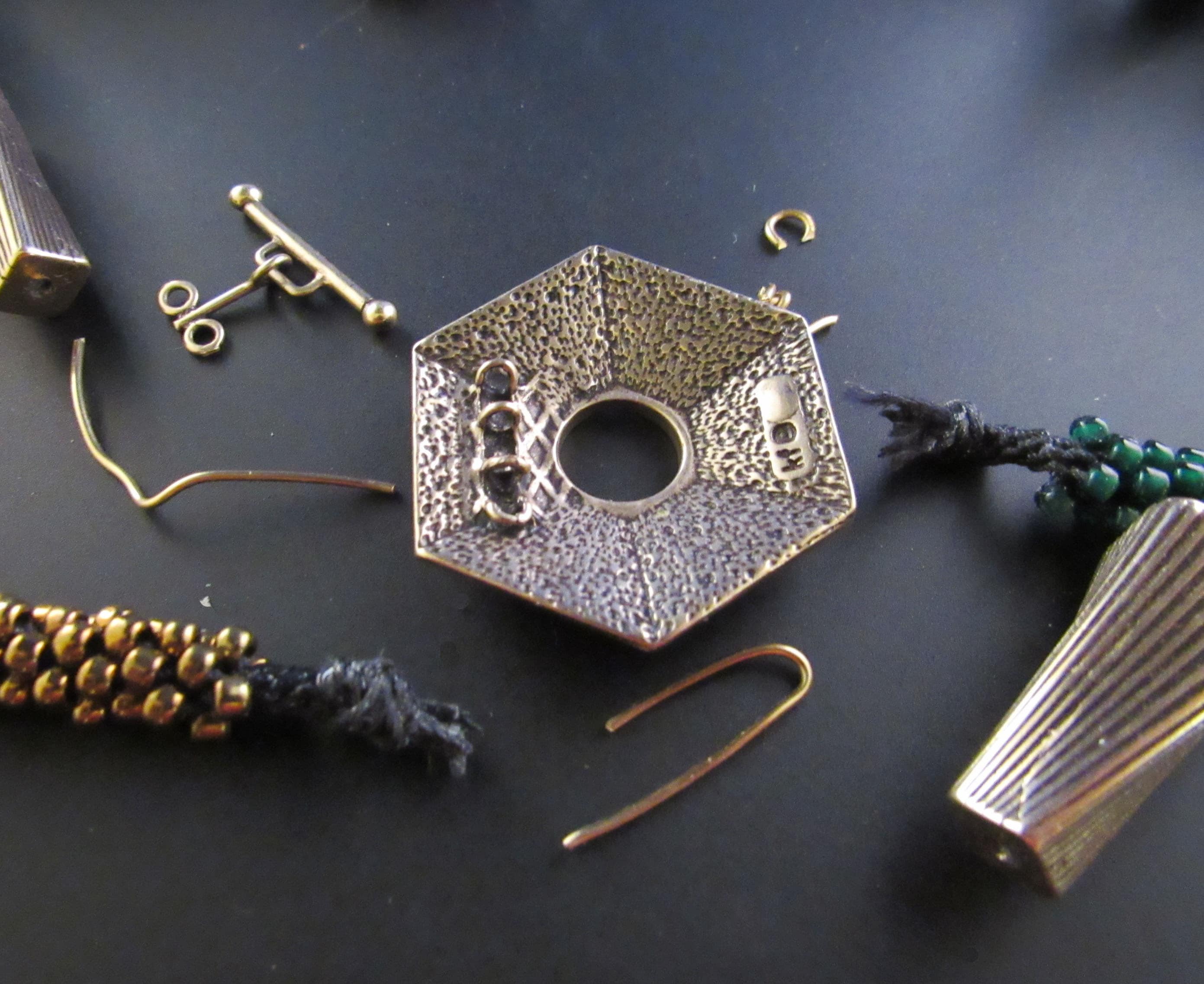 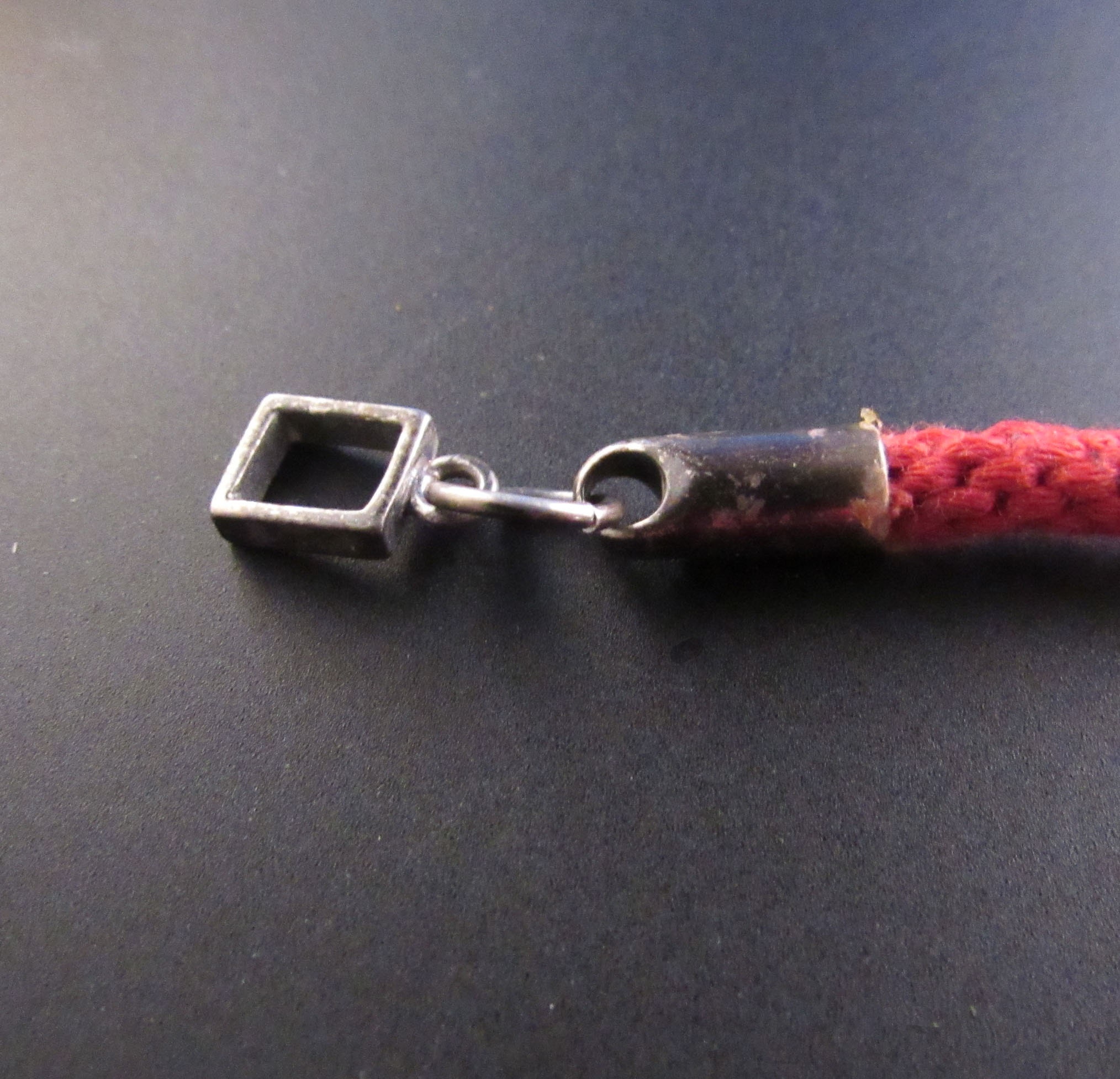 Even on this simple glue in cone the use is one and done. To remove it pretty much requires it to be cut. If the necklace was complicated and would be structurally damaged by the removal it could take a lot to recover from the need to adjust or alter.